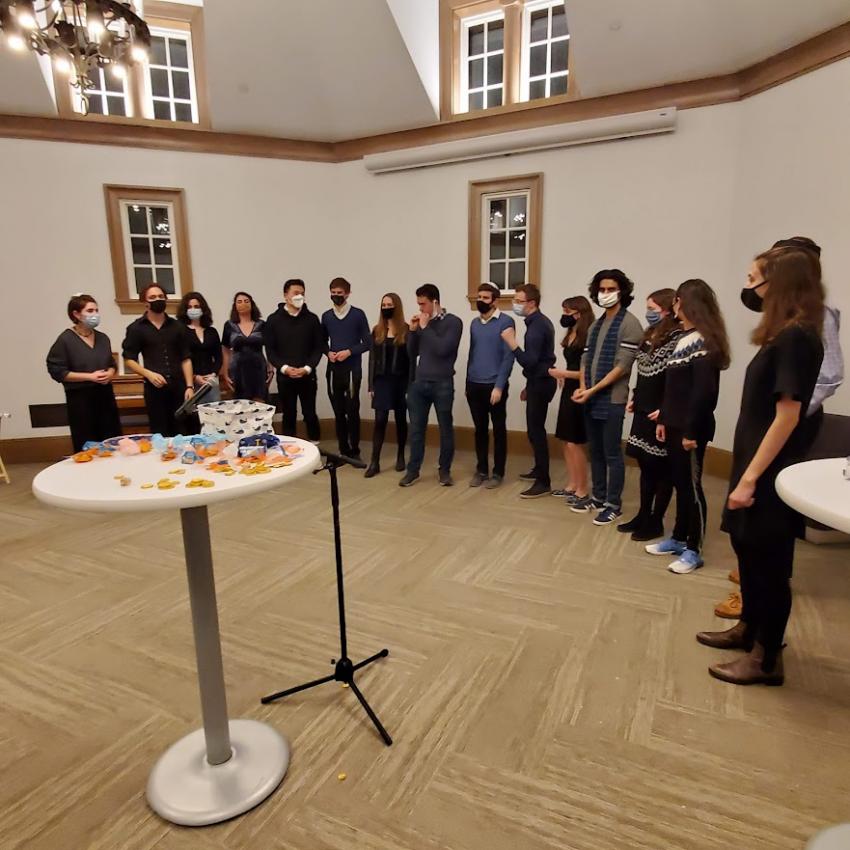 CJL Play: The CJL's productions aim to accommodate Jewish religious observances. Students of all faiths and backgrounds are encouraged to audition and participate. Past shows include “God, Man, and Devil,” “Isn't It Romantic” and “The Last Night of Ballyhoo.”

Koleinu: Koleinu is the premier Jewish co-ed a cappella group at Princeton University. Since 1993, Koleinu has been performing a mix of traditional, liturgical, and pop music at the many arches of Princeton University, the CJL, and various other events in the local community. We come from a wide variety of musical and religious backgrounds, but have a common love of having fun and singing with each other.

Koleinu has become so central to my experiences at Princeton. It is an activity I look forward to every week and even learned to play the piano at CJL.